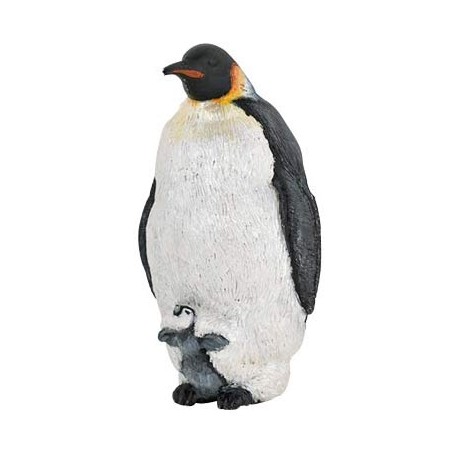 The emperor penguin is an extraordinary bird! Did you know that it can survive in temperatures below -50°C?
It lives between the sea and the edge of the Antarctic continent in an extremely hostile environment dominated by icy winds and temperatures which it alone can tolerate. Although the penguin is unable to fly, it is an accomplished diver whose streamlined body is well adapted to swimming. It spends most of its time in the icy water looking for food and can dive to great depths (down to more than 500 metres). The emperor penguins live in colonies which can include thousands of birds. Each year they breed on the ice floe and lay a single egg during May, which the male places on the top of its feet while the female goes back in the water to feed. The transfer of the egg to the male’s feet is a very delicate operation as any contact with the snow and ice would be fatal for the egg. To stay warm, the males group together, huddling together and changing their position between the centre and the outside (this is what is referred to as a “turtle formation”)