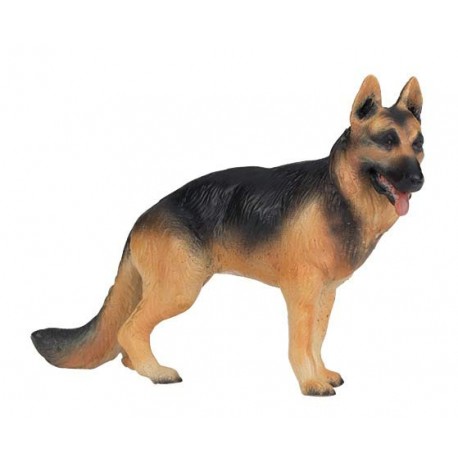 With its almond eyes and upright ears, the German Shepherd is attentive and patiently awaiting orders from its master! This good natured dog is as famous for its character as its beauty. A happy, easy to train animal, it fulfils many roles including family pet, guard dog, rescue dog, police dog and guide dog for the blind. It’s a fantastic example of canine docility and intelligence.
If you want to know where it comes from, look no further than its name! This shepherd dog first appeared in Germany and is a cross between the shepherd dogs of Württemberg and Thuringia. Its size is slightly larger than average and it has a thick, hard, straight coat. Its colour is a mixture of black, brown and fawn. This is a loyal and gentle dog, and very protective toward children.

18 other products in the same category: