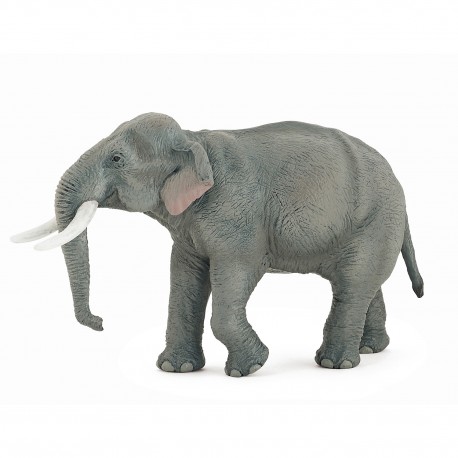 Item not in stock

Following the extinction of its ancestor the mammoth, the Asian elephant is today the worlds largest land mammal after the African elephant!
What distinguishes it from its African cousin are its shorter ears, its smaller size and its trunk, which has a single lip at the end while there are two on the African elephant. The trunk is actually an extension of their lip and nose, enabling them to communicate, carry water and food to their mouths, pull and carry branches, and to make sounds.  Their tusks are comprised of ivory and enamel and are actually two teeth, which are used as a tool and as a defensive weapon in combat. Elephants live in herds of around 20 at a time and are led by a matriarch, which is the oldest female in the group. They spend most of their time looking for food. They mostly eat leaves, the branches of bushes or trees, fruit or bark. As an age-old symbol of wisdom, they are extremely well known for their intelligence and memory, which is where we get the expression to have a memory like an elephant.